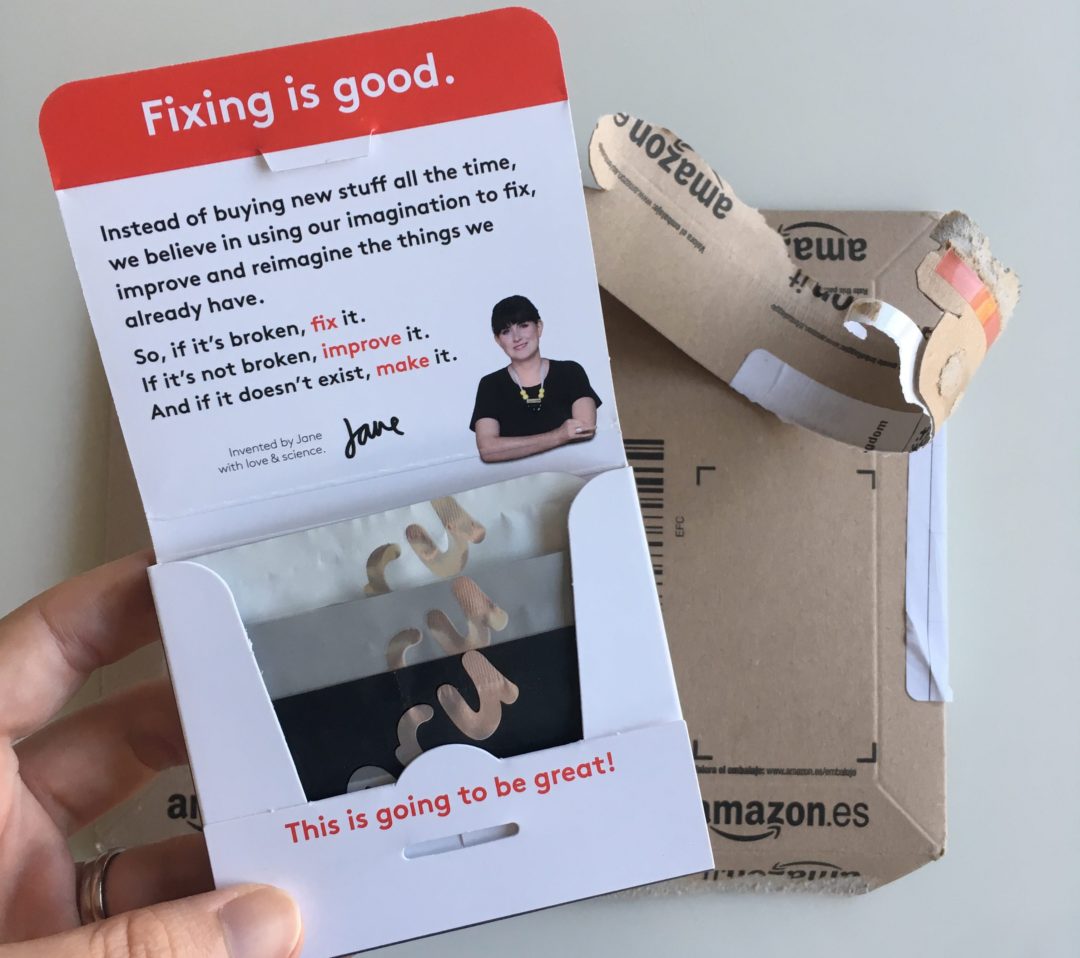 I discovered Sugru on Instagram last year. I watched a video of it’s inventor Jane describing it as “if superglue and playdoh had a love child this would be it” and I knew that was my kind of love child. When I looked them up I found their “Fixer’s Manifesto” and I don’t think I could be more in love with a company. I want this tattooed on me I believe in it so much! (Mum don’t worry I’ll probably just print it on a tee!) 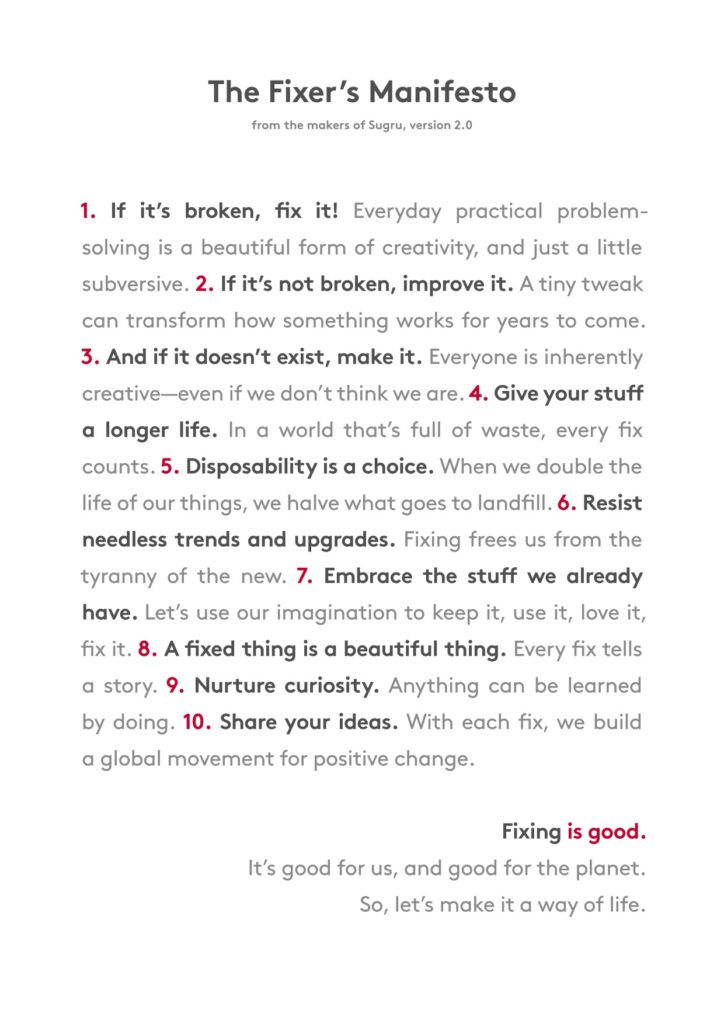 So I’ve had it at the back of my creative mind waiting for the perfect project. At Christmas my mother in law gave me a M&S Amaryllis (you know once of those bulbs in a pot in a box). It was stunning! I couldn’t stop photographing it. Anyway it came in a gold plastic pot and as I can’t throw anything away, I wanted to use it in our sitting room but I find that if the plant pots don’t get some air circulating underneath them, I get mould under them. 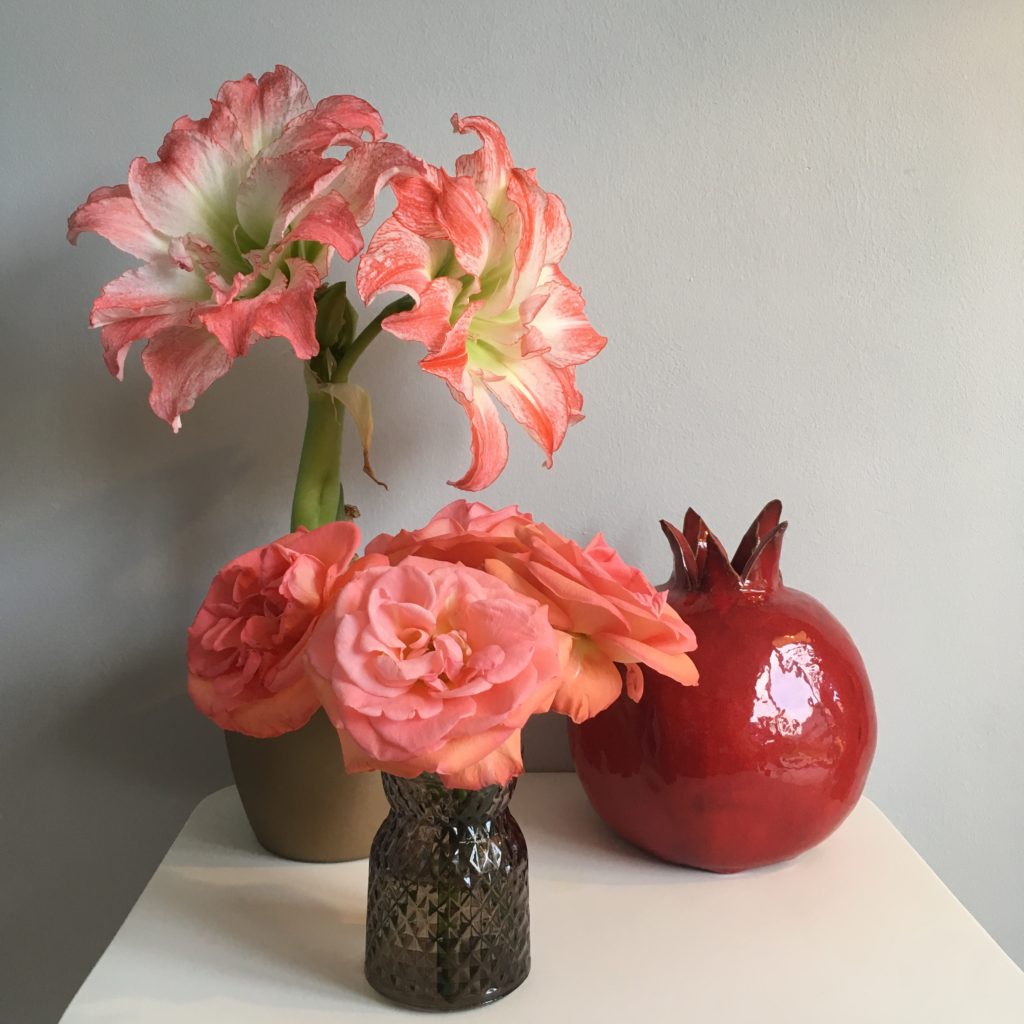 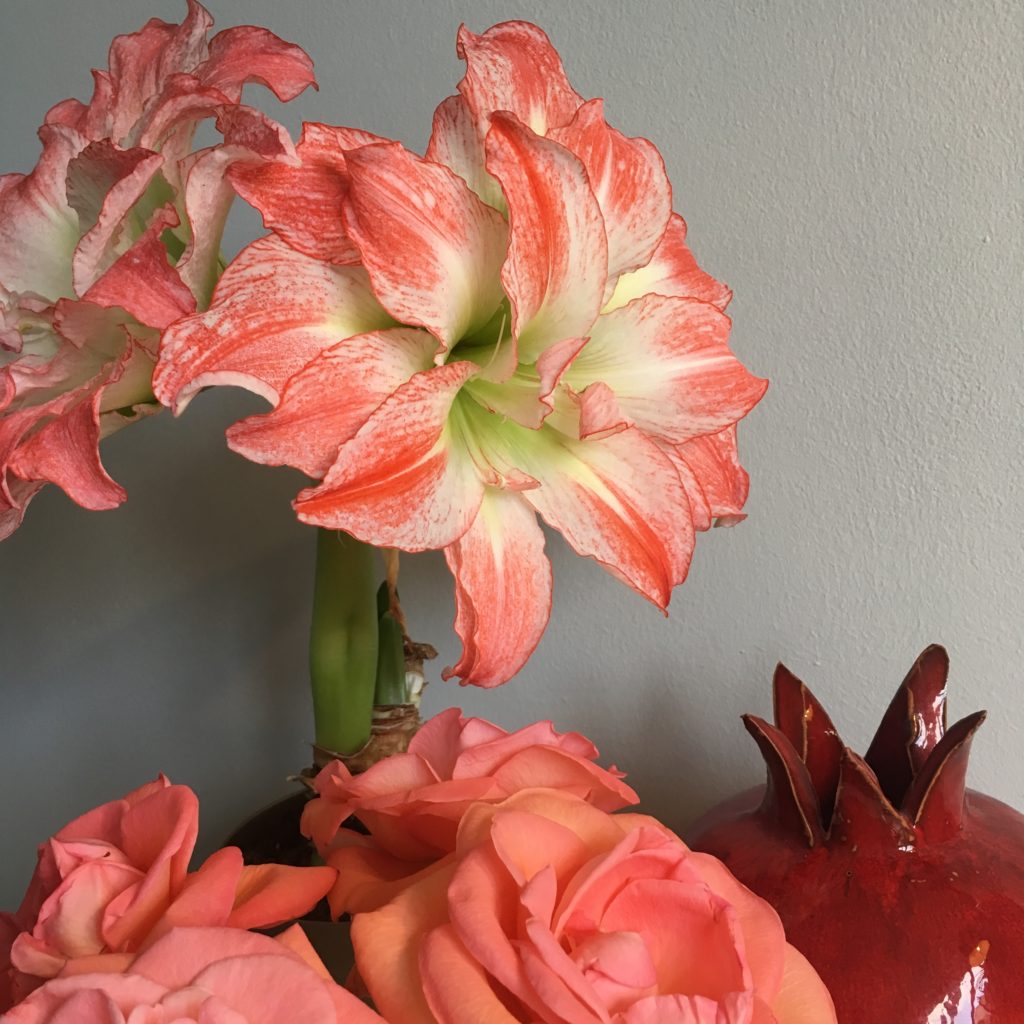 Yay I had my first Sugru project: adding feet to the plastic plant pot. For the feet, I got some beads from a large wooden necklace that broke a few years ago (as I said I don’t throw much away). Now you’re probably wondering why I picked the black sugru, well I knew my pot project wouldn’t use the whole packet so I also decided to make a headphone hook on my hubby’s computer. He works from home and spends a lot of time using the headphones so I thought it would be a neat addition to his desk. His computer screen is black. 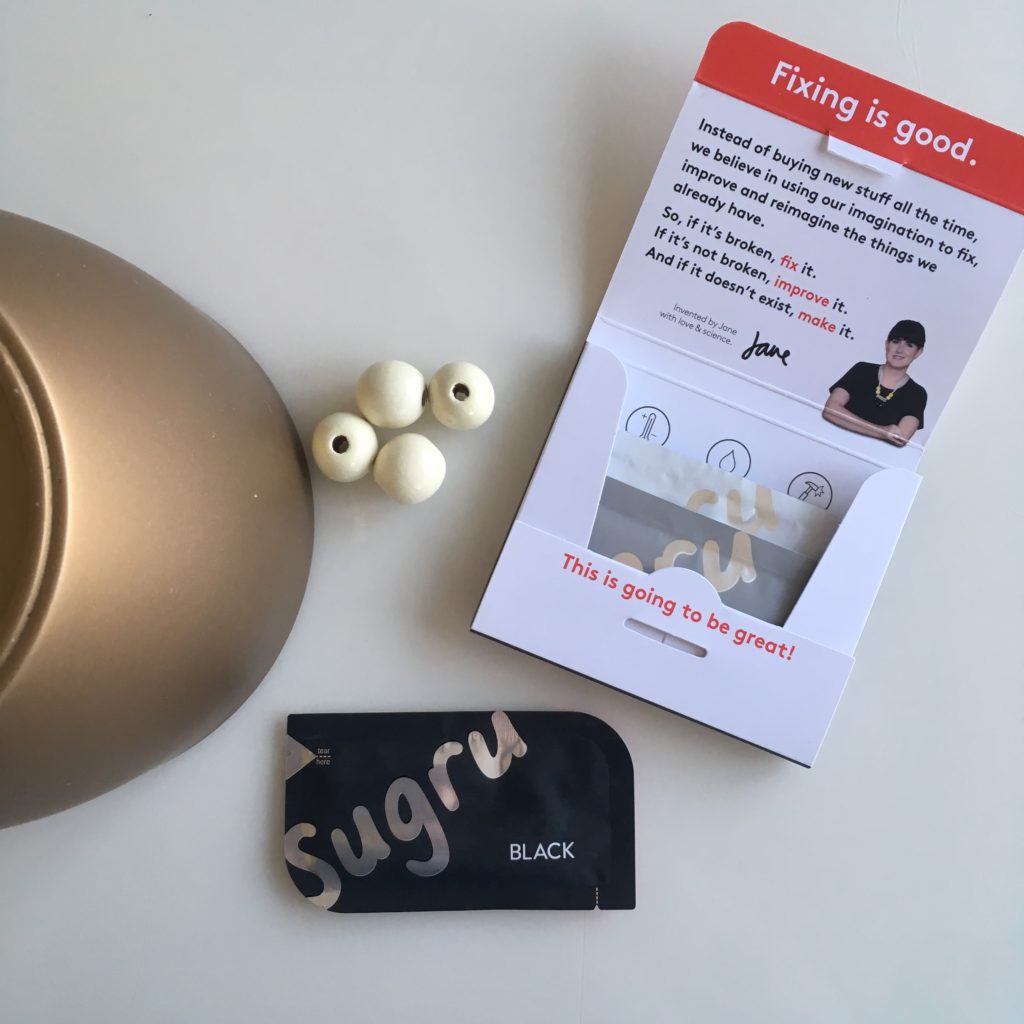 What I would add about the black sugru is it makes your fingers a bit black as you work with it. So you need a bit of kitchen roll or rag near by to keep your fingers from leaving black prints as you work. 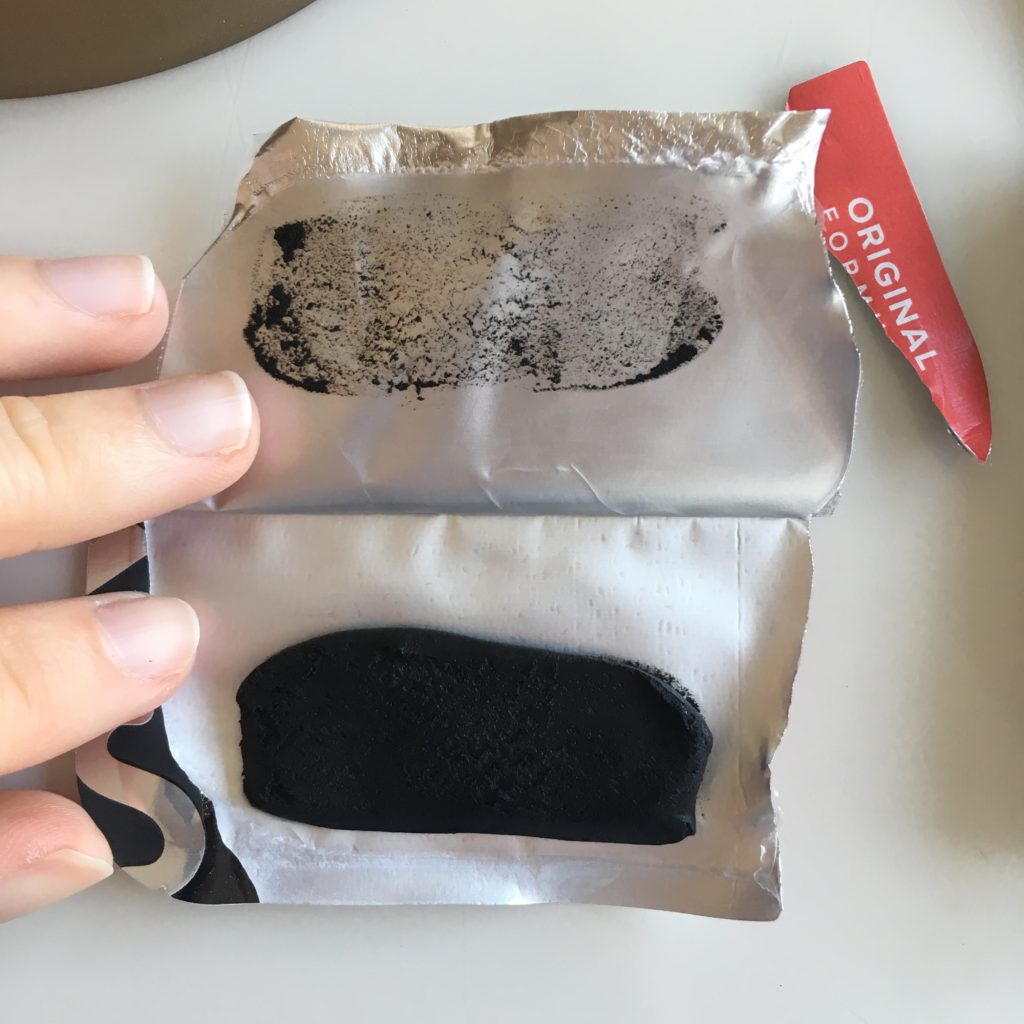 I made 4 tiny balls and 4 small balls. It goes a long way. This was only a 3rd of the packet as I used the rest for the headphone hook. 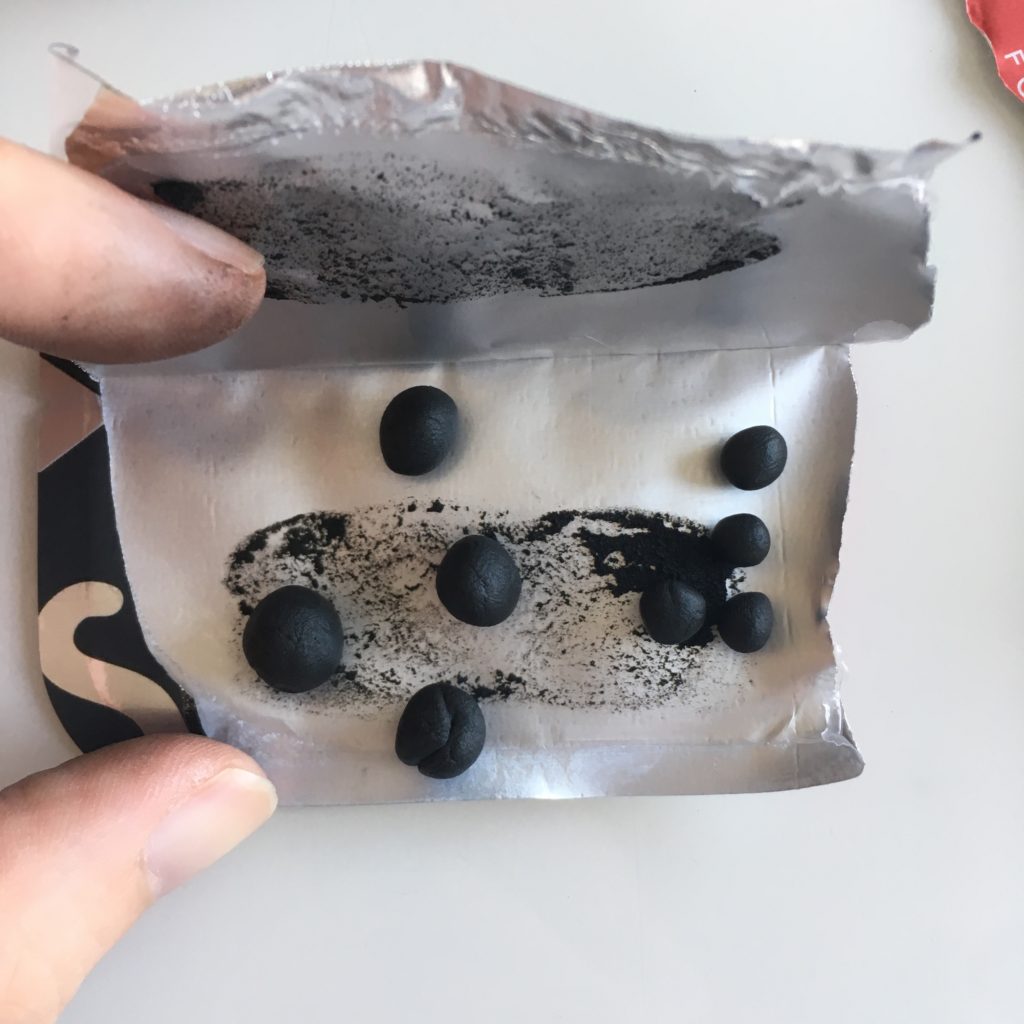 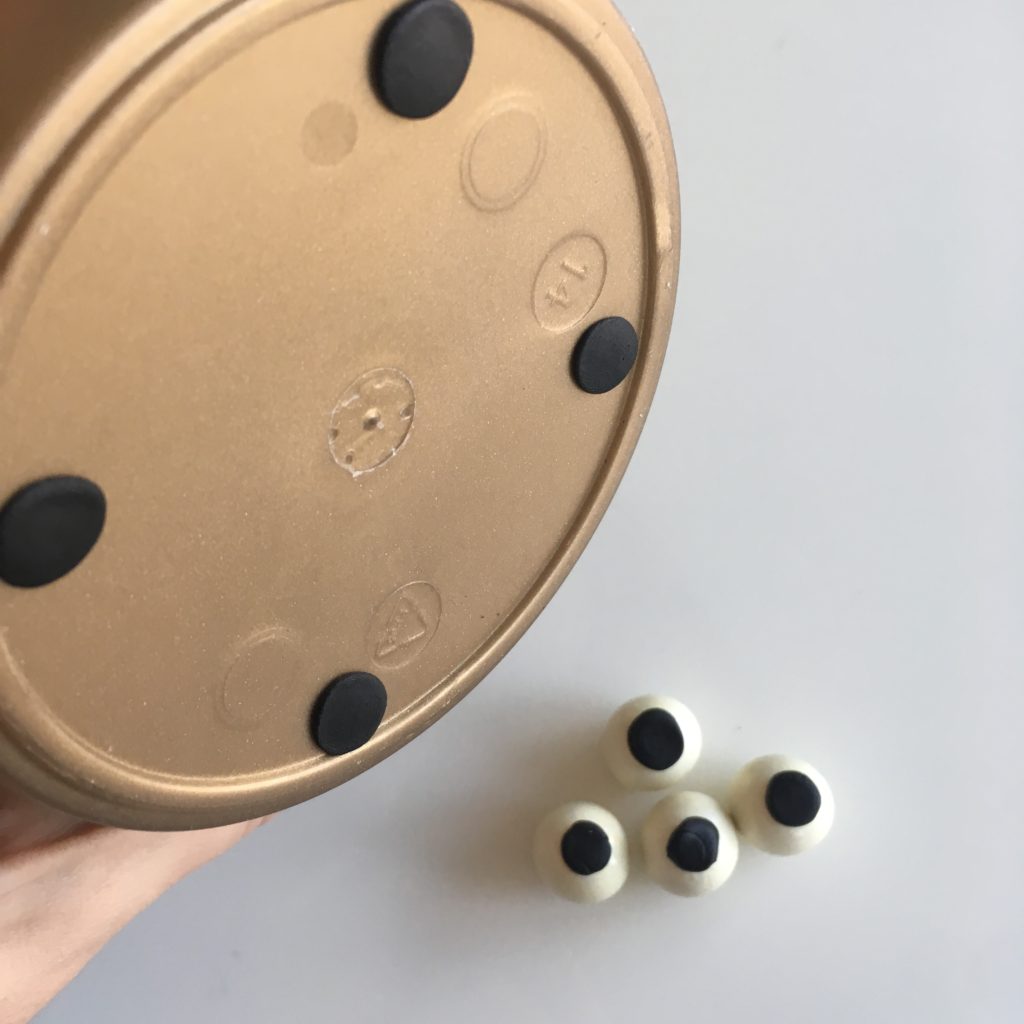 I waited a few minutes and then pressed the beads on. 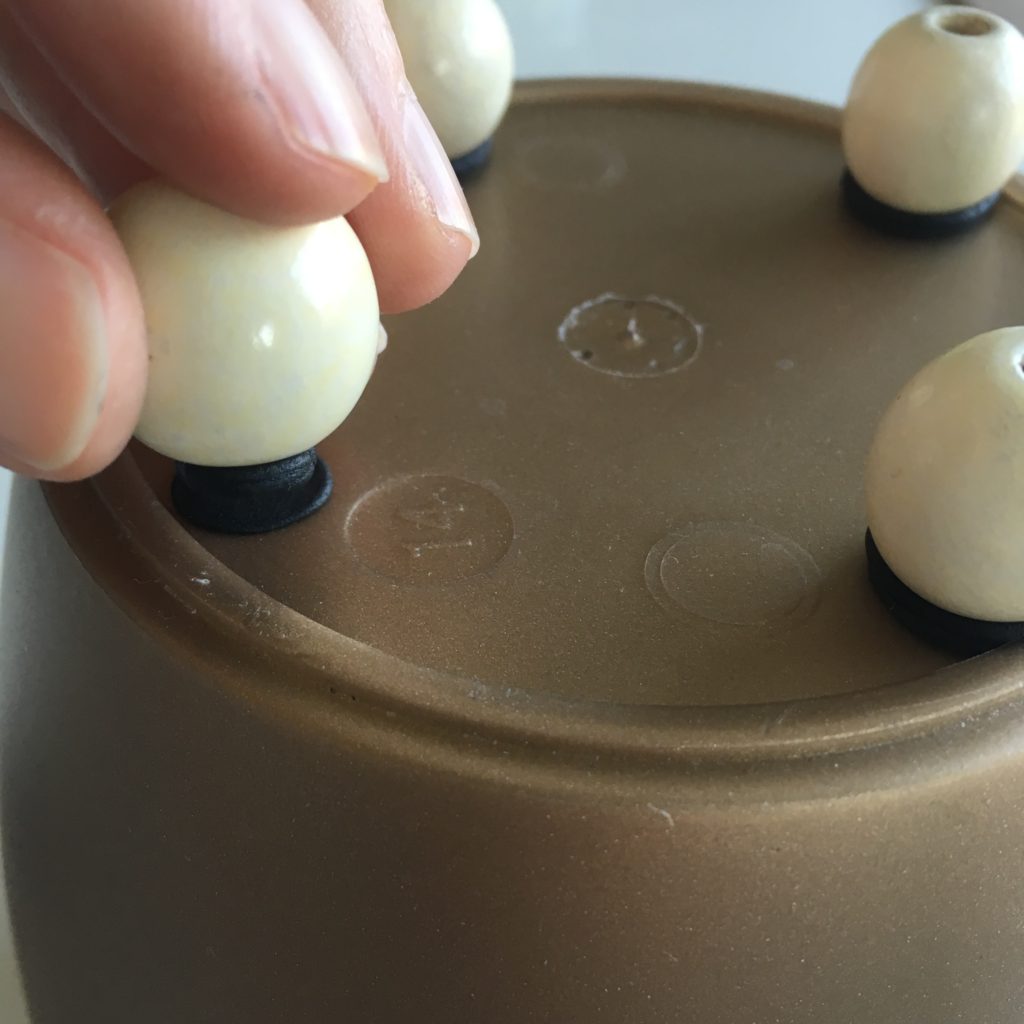 You then have to leave it over night to set. 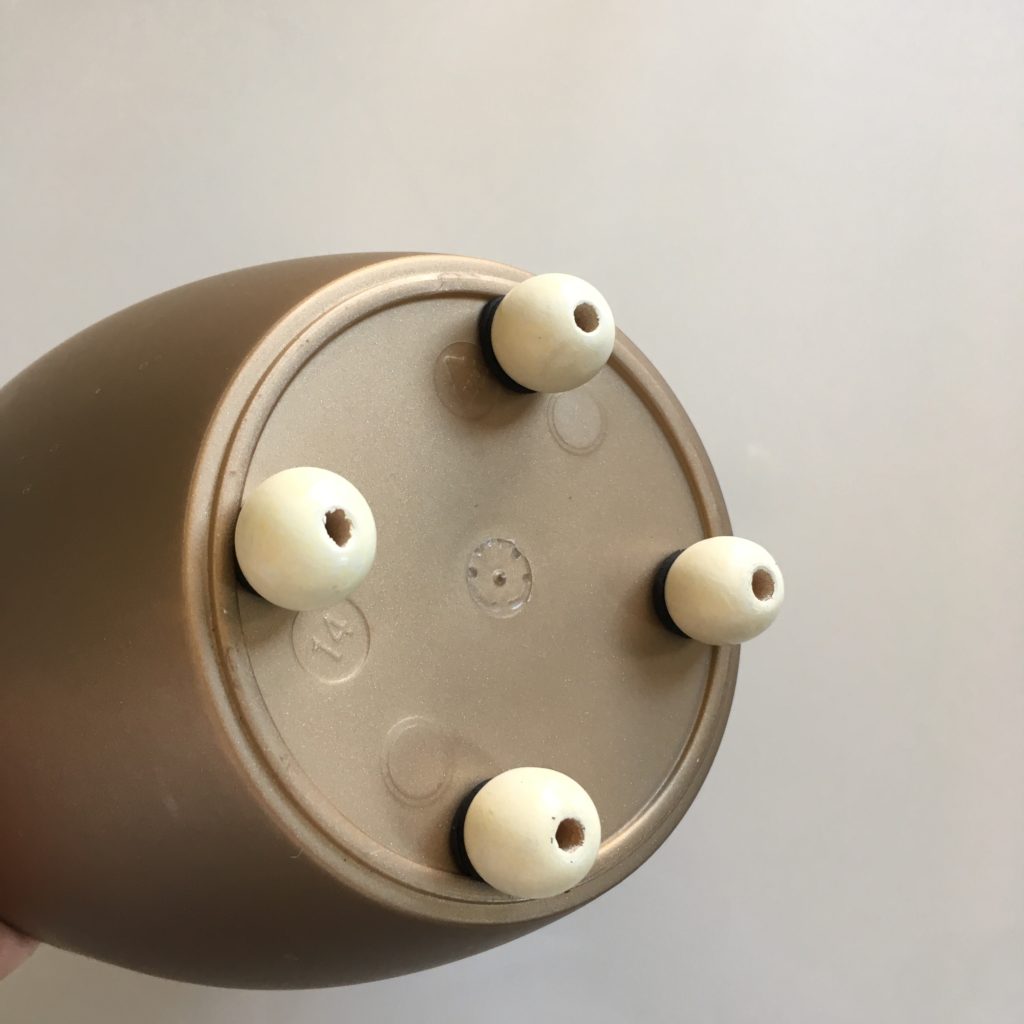 And here is my plant pot with bead feet in our sitting room (on our pallet clad IKEA EXPEDIT unit). 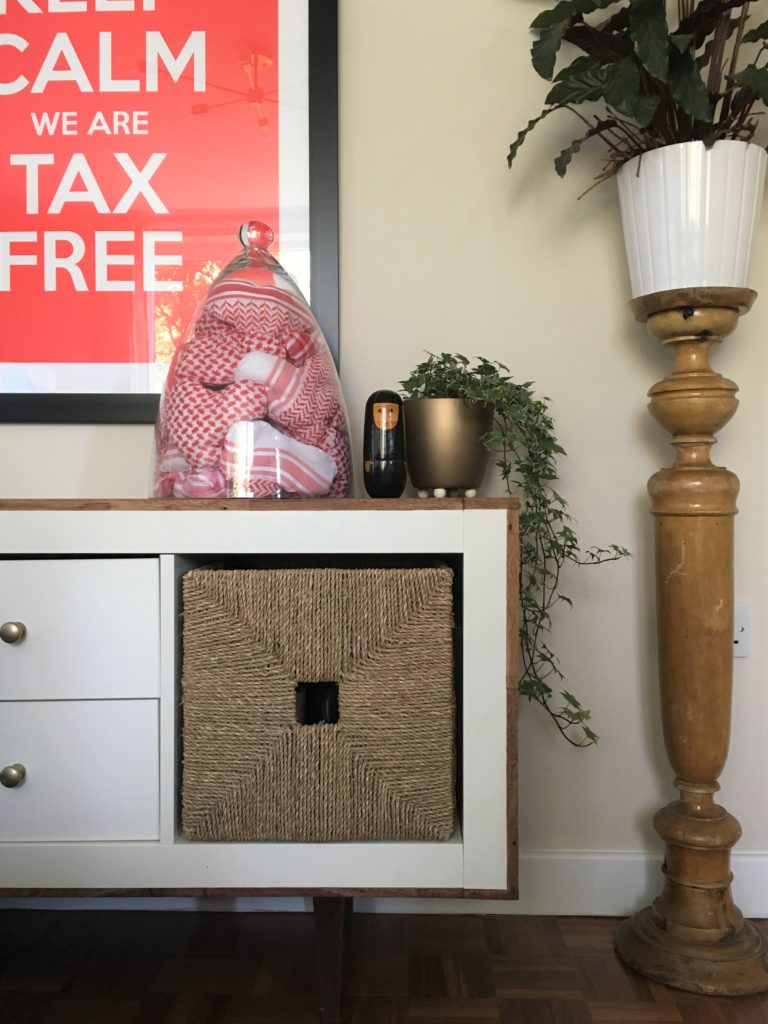 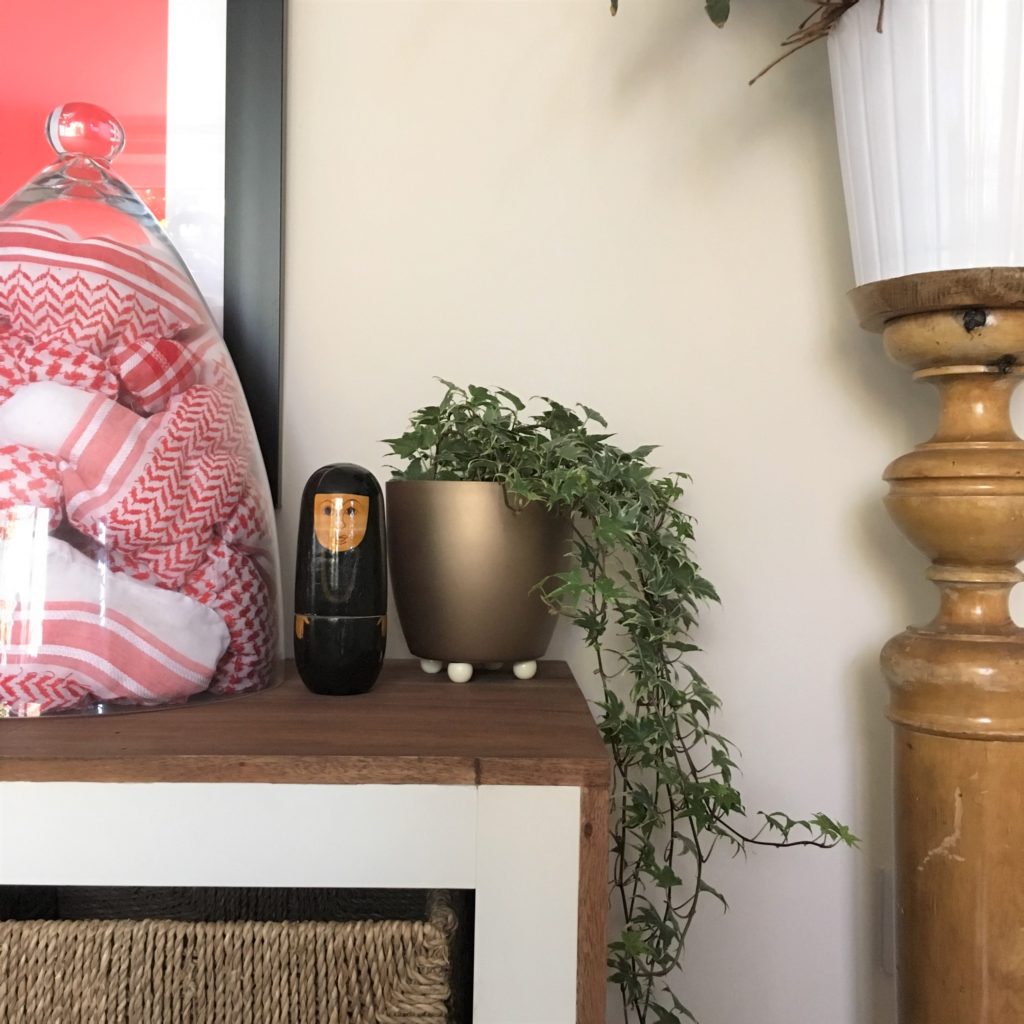 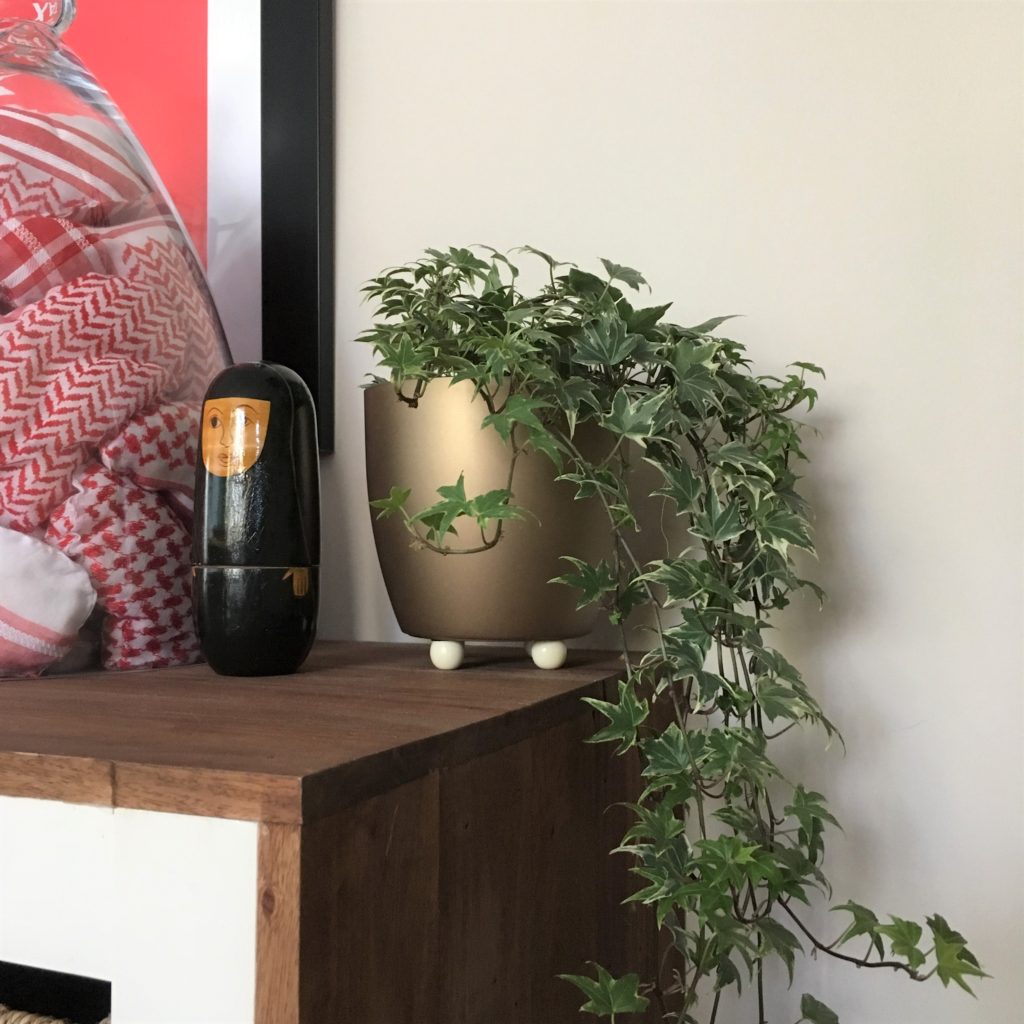 As I said, I used the rest of the packet to make a headphone hook on my hubby’s computer. You can find a how to on the Sugru website. It’s super easy. 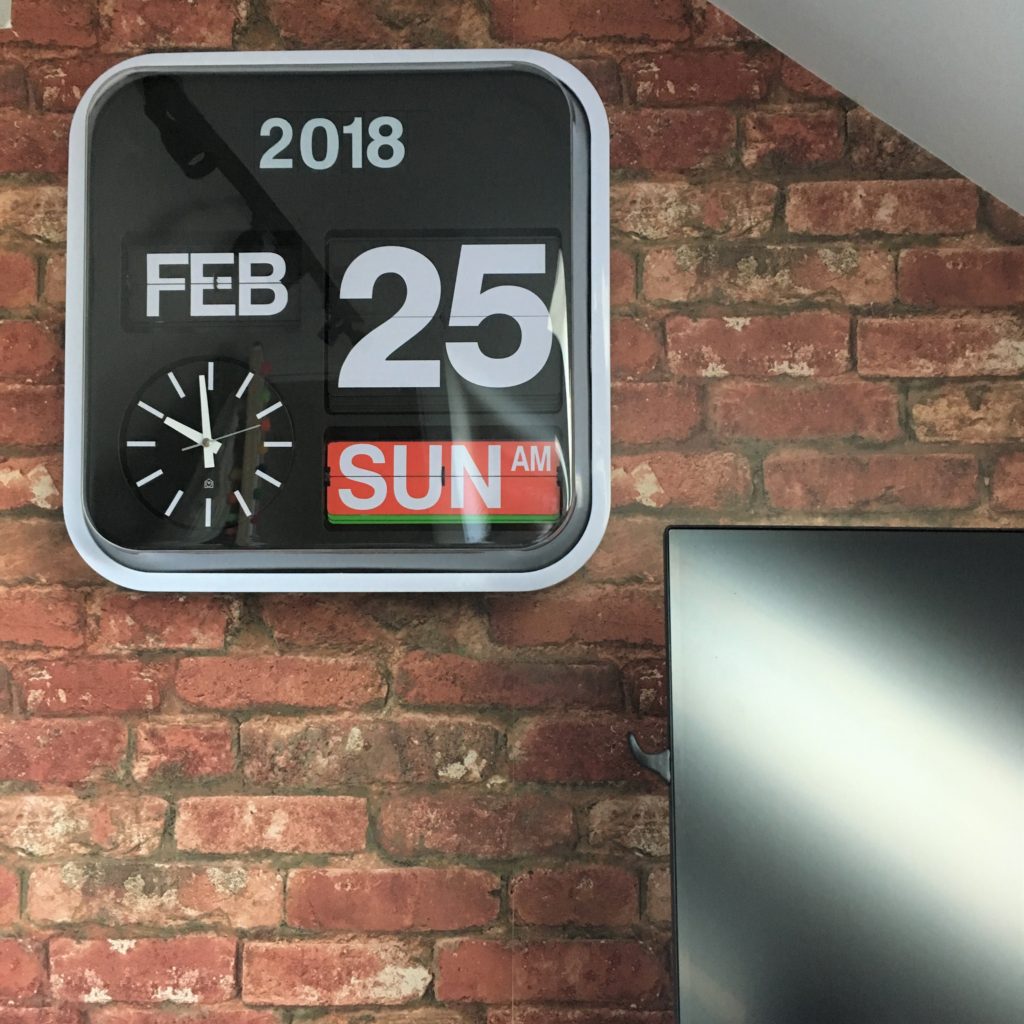 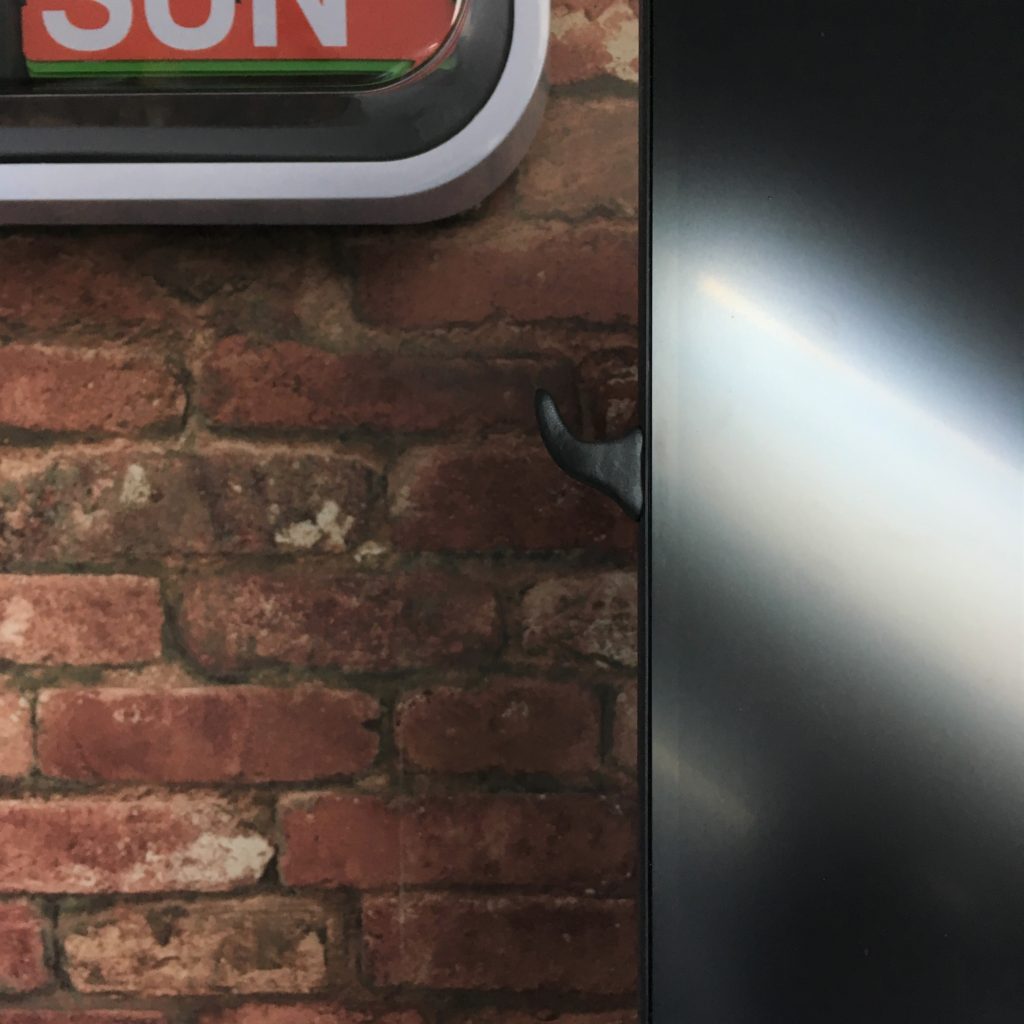 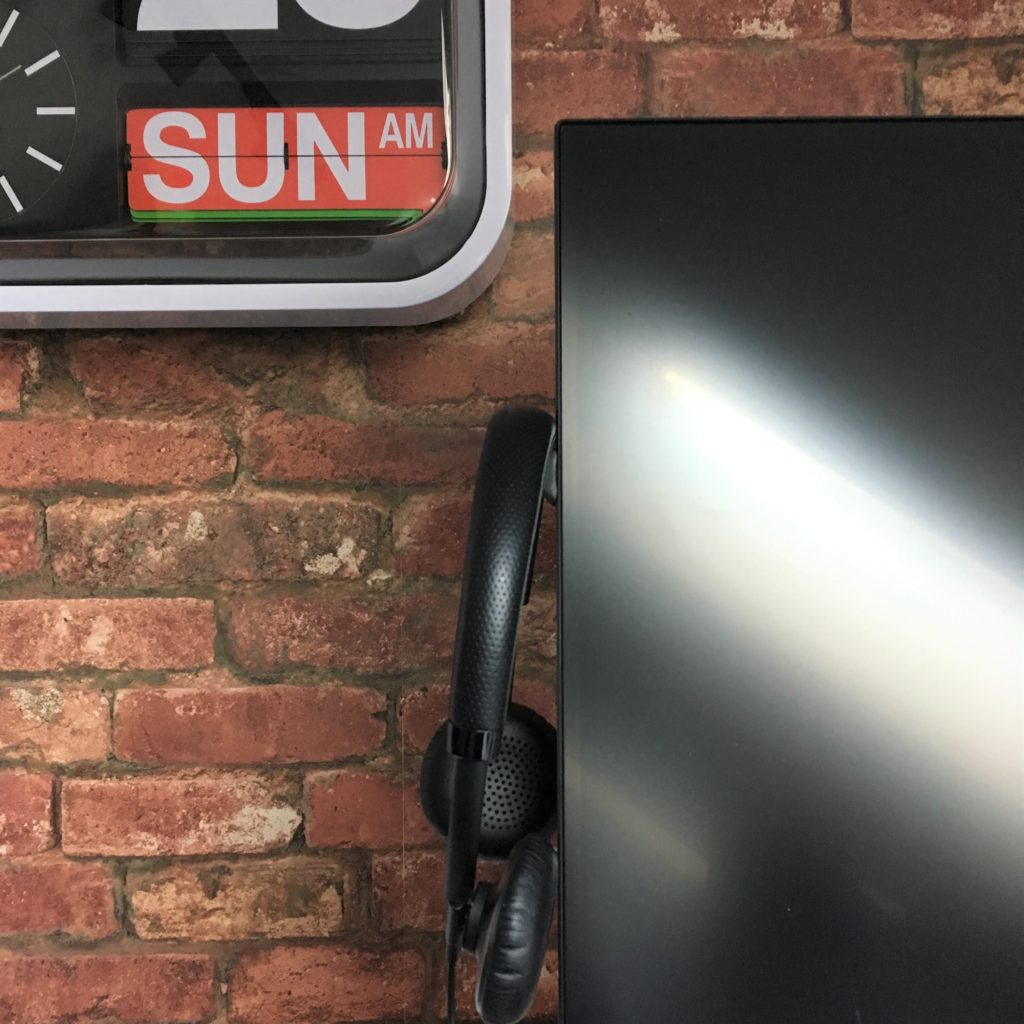 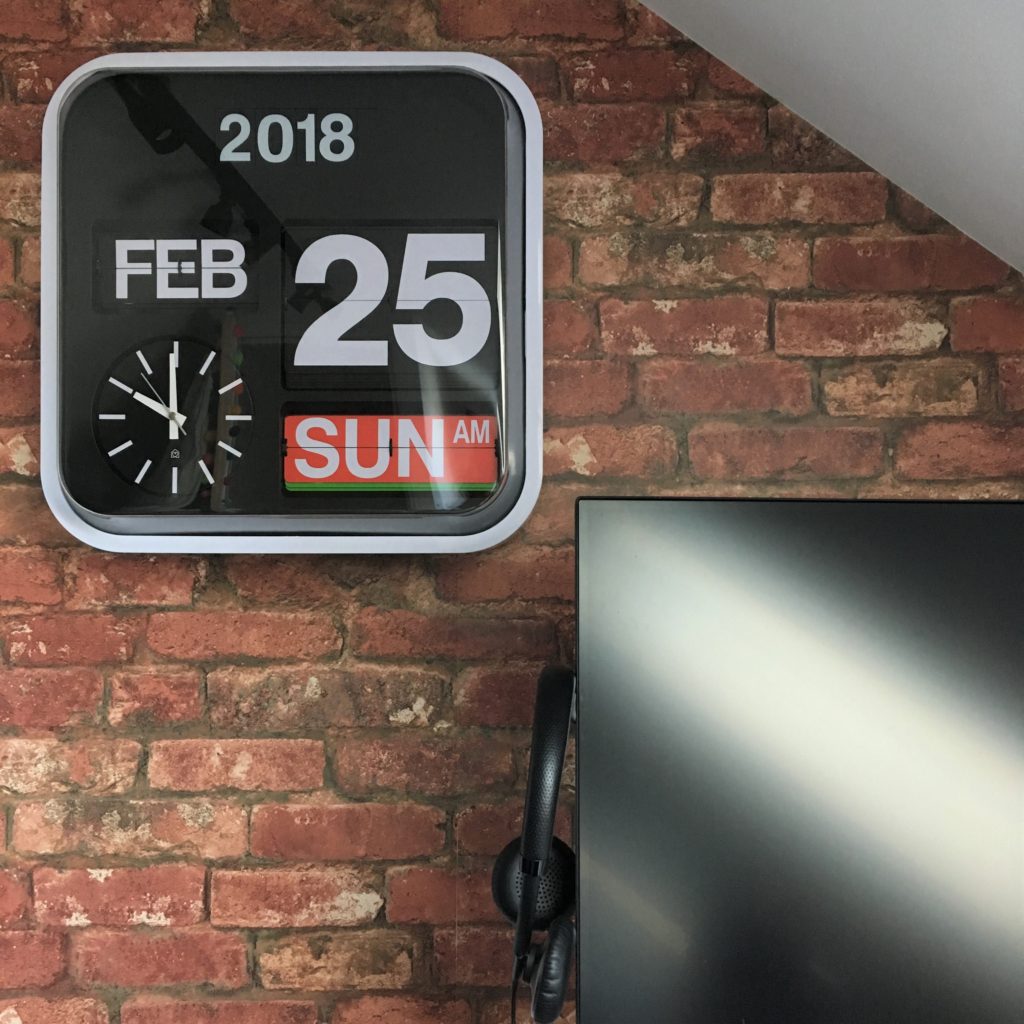 And the best news is, I have 2 packets left so lots more fun to be had fixing, improving or making! 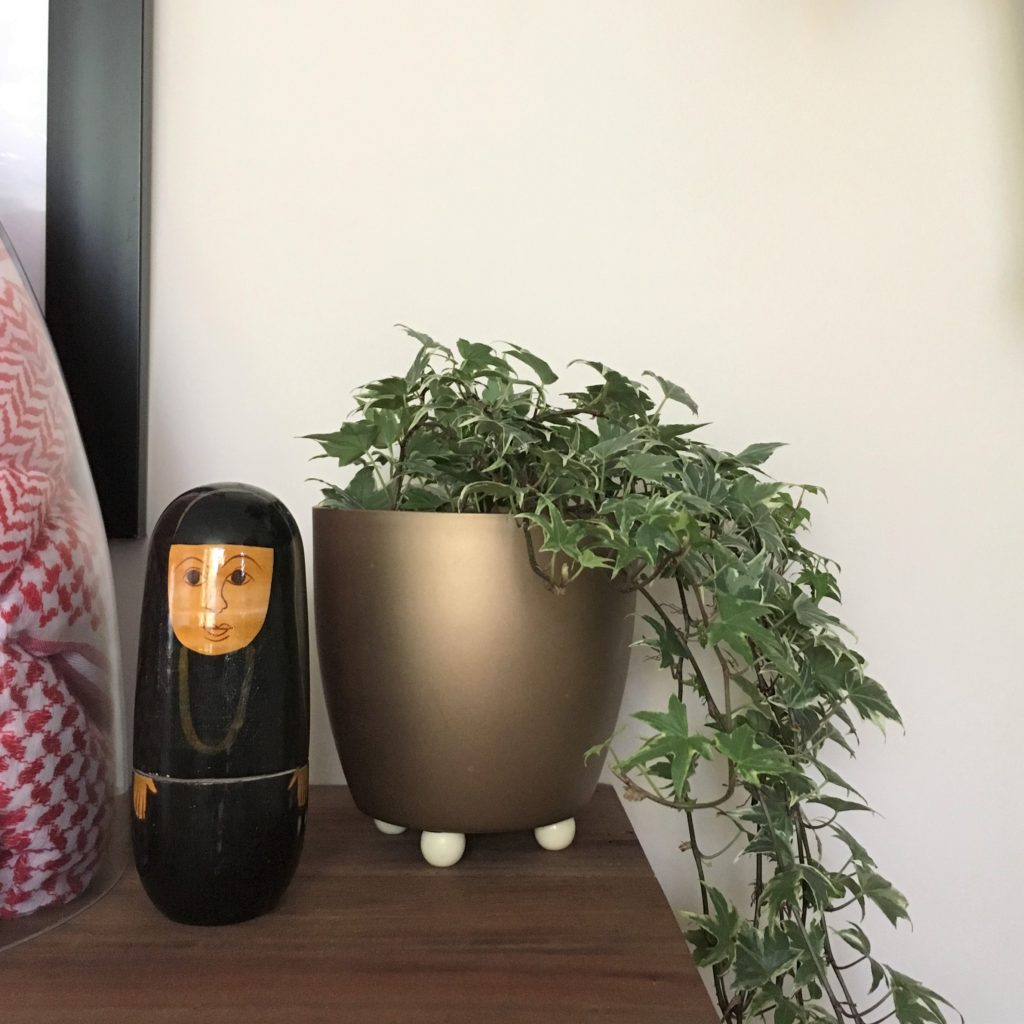 How to: upcycle jam jar lids

My youngest has expensive taste in raspberry jam. She can pick it out of a blind taste test. So I have a lot of Bonne […]

How to: Blue bench

I was on the look out for second hand reasonable garden furniture for a client when I spotted this photo on Facebook market. The lady […]

How to: Mid-century Kallax

There was a corner of our landing calling out for some attention. I had been looking on eBay for a mid-century bookshelf for a while […]